The Bangkok canals hold a much deep and significant history and culture of the capital. The waterways became a significant symbol of the city in the 19th century.

Though the canals have become more polluted and smelly, they serve as historical relics of the city. Located at the heart of the city, the Landmark Bangkok Hotel is one of the best ways to see how the canals manoeuvre through the city.

Here is the story of the Bangkok canals.

The first canals were created in the 16th century as a means to speed the voyage of foreign merchants. The creation resulted in a substantial change in the course of the Chao Phraya River.

More canals were built with the four major ones being: Bangkok Noi, Bang Ramat, Bangkok Yai, and Taling Chan. The canals continued to split and become more hence dubbing the city as “Venice of the East.”

Originally a means of Protection

In the 18th century, the city of Ayutthaya was burnt and destroyed by the Burmese. As a result, Thais built canals as a better means of defense. 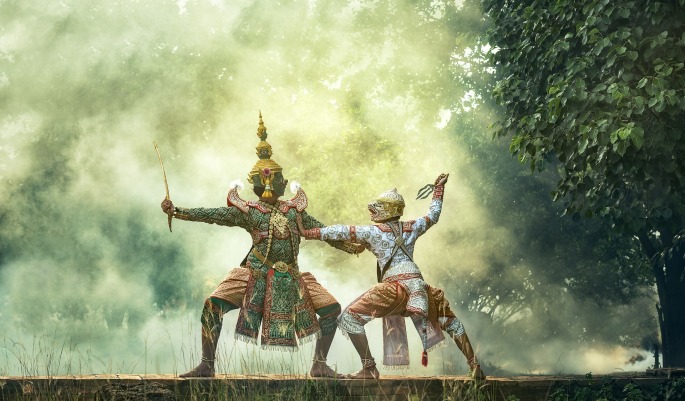 Further, as a means of defense, king Taksin built a moat to protect Rattanakosin Island, home to the Grand Palace. A second moat was constructed under King Rama 1 to further expand the city. These moats were connected by two small canals hence protecting the island in every direction possible.

As threats decreased, most canals were destroyed and only two remained – the Mahakan Fort and Phra Sumen. The canals were then used for other purposes other than protection.

A major way of Life

Through the 19th century, the Bangkok canals become a major form of transport and irrigation to the ever-expanding city. Khlong Phadung Krung Kasem and Khlong Saen Saeb are the two major canals that can still be found in the city today.

Thonburi Canal, west of Chao Phraya River, remains one of the best ways to explore the city. There are various types of boats to choose from if you want to visit the city via water.

Moreover, the canals played a central part in the spiritual aspects of Thais. Temples were built around areas with canals to form a symbolic connection with the waters. As a result, the canals significantly shaped the landscape of Bangkok.

From the 16th century, the canals played a major role in Thai life. They offered communities with services such as irrigation, transportation, and even controlled floods. Although most of the canals are no more, they contribute significantly to the rich history and culture of Bangkok.